We'll assume you're ok with this, but you can opt-out if you wish. One of the earliest mistakes I was making in domain modeling was exposing getters and setters for everything. Of course (it just occurred to me), that maybe we are saying the same thing – that this is what you mean. Therefore, when the object is constructed, you must provide the required values, but you must not allow them to change during the object's lifetime. There's more to domain objects like Aggregate Roots and Domain Events but you can get started modeling a lot of your domain with just Entities and Value Objects. Let's talk about another one of the main artifacts: entities. I doubt if any developer can properly evaluate the functional value of such an implementation in just seconds. Entities are pretty much the bread and butter of domain modeling. Don't add getters and setters for everything. That’s not good…”. Implementing equals on entities for unit testing is dangerous. Typically, a single Entity will be a model that references other Value Objects and Entities. The point I am trying to get across is that you should think about the meaning of equals before implementing it. Typische Beispiele hierfür sind Personen oder Kunden, die eine eindeutige Identität haben, die nicht von ihren Attributen abhängt. Here's a map describing the breadth of software design and architecture, from clean code to microkernels. See also http://www.javaworld.com/javaworld/jw-09-2003/jw-0905-toolbox.html. We're just getting started Interested in how to write professional The biggest reason why companies move towards domain-driven design is because their business has taken on a necessary complexity. The first characteristic was already discussed. An entity: has an identity Remember this bit in the previous example? Because of the immutability in value objects, testing them for equality is rather easy. You might already know this, but there are two common patterns towards domain models. It looks like work is being done to support this. Mechanisms like the Set rely on the equals method to decide whether you are allowed to add an item or not. A weblog about software engineering, Architecture, Technology an other things we like. Everything has to make perfect (functional) sense in there. Herr Müller ist nicht unbedingt Herr Müller, auch wenn der Vorname gleich ist. This happens when the logic we're trying figure out where to put doesn't involve one entity in particular. This post addresses validation as manifest in DDD-based enterprise applications. In a DDD paradigm, what would be the best way to implement this situation where an aggregate root is an specialization of another one? In a discussion with Eric Evans, he explained that he prefers not to implement equals on entities at all, and instead provide other comparison methods, such as “hasSameIdentityAs”. if (rhs_ == null) return false; if (rhs_.getClass() != getClass()) return false; Thanks for you work and sharing your knowledge. A popular gimmick I’ve seen is interviewing a Person with a famous name (but … Bob Smith from Cheyenne, Wyoming and Bob Smith from Tallahassee, Florida might not agree. Equals is valuable for this. If we had a public setter for questions, there's nothing stopping someone from completely circumventing the domain logic by doing: This is encapsulation: one of the 4 principles of Object-oriented programming. How far does domain modeling reach from ... Domain-Driven Design is the approach to software development which enables us to translate complex problem domains into rich, expr... "Can't add a question when there are already applicants to this job. Well, it should mean that they can replace each other without side effects. You simply choose a number of properties you wish to include in the comparison, indicate some of them as being non-null values and voila. Unsubscribe anytime. What you really care about is full state comparison. But in real projects, most of your POJO’s will be Entities.

Includes index. Therefore: the default choice for the equals method on value objects should be to include all (exposed) properties of that value object in the comparison. So don’t use the standard clone() and equals() methods, but rather e.g. The same goes for comparison of an entity with identity and one without: they will never, ever have the same identity in the future. As the title of this article suggests, I want to look at the equals method in the context of Domain Driven Design (DDD). We also ensure that class invariants are satisfied. For example, if a software processes loan applications, it might have classes such as LoanApplication and Customer, and methods such as AcceptOffer and Withdraw. Have entity semantics (equality and GetHashCode() defined by class name + id) Behavior in an entity mostly orchestrates value objects for a use case; Entity class should not have public property setters, setting a property should be a behavior method Why not call a method “hasSameState” instead? Building an application with DDD is like creating a domain-specific language for your problem domain. This is the only way to work in procedural languages like C. So putting the differen… Aus DDD-Sicht besteht eine wichtige Funktion von EF in der Möglichkeit, POCO-Domänenentitäten zu verwenden. Hello. // Take note of this particular nuance here: // Entities are compared based on their referential, // implement specific algorithm using sequelize orm, Domain-Driven Design w/ TypeScript & Node.js, not dealing with modeling basic CRUD apps, How to Handle Updates on Aggregates - Domain-Driven Design w/ TypeScript, Decoupling Logic with Domain Events [Guide] - Domain-Driven Design w/ TypeScript, Does DDD Belong on the Frontend? The Gordon Growth formula is used to calculate Terminal Value at a future annual growth rate equal to the 10-year government bond rate of 1.7%. It's a great example of the Single Responsibility Principle. DDDs for single substances are normally based on monotherapy. Implementing an equals method in Java can be quite complicated. Although managers tend to love this sort of “productivity”, as an architect doing code reviews, I measure productivity differently. After we've created an entity in memory, we'll want a way to store it to the database. Bugs are right around the corner if you don’t pay attention. This is exactly what Entity abstract class provides: An Id and equality implementations. They're truly not dealing with modeling basic CRUD apps. Entity is something that has an Identity (Id), and thus this dictates Entity equality implementation, eg. A perfect example of a value object in daily life is money. Most of the time I have not used immutable objects for anything more than a simple small value object that is not really used for a core domain problem, but rather it was inside of some utility class (like for sending an email). In math, equality is very well defined. To what degree do you want to use that state in the comparison? Here's what's important to note about the Entity 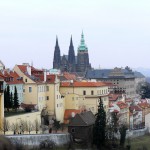 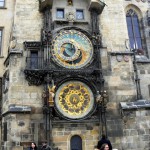